Celebrating Veterans (Part 2): What I Learned From My Time in the Army

I arrived in Nasiriyah, Iraq on a hot and sunny morning in June, the air was almost completely still, making the heat even more intense. When I got to the Airbase, about 150 miles east of the Iran boarder, it was nothing like what I anticipated. It was massive and looked similar to where I traveled from, Fort Bliss, Texas. We lived in air-conditioned containerized housing units. There were bathrooms and showers, we had a huge gym with enough equipment to support an actual army, we had unlimited food and water, there paved roads and bus routes, and all the amenities you’d never expect to have during a deployment. I was filled with adrenaline, excitement, nerves and curiosity. 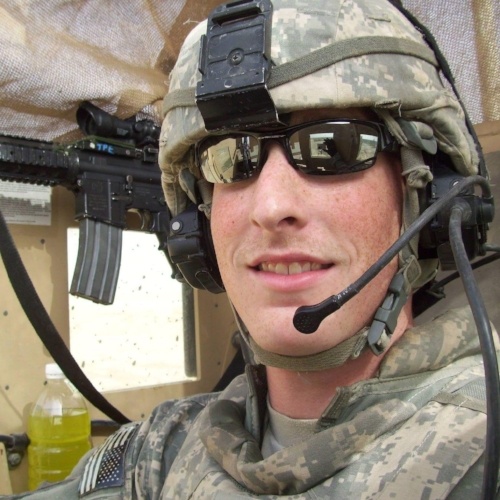 The Journey to the Army & Getting Outside of My Comfort Zone

I had joined the Army about six months prior. After graduating high school, I had moved from my parent’s house in Joilet, Illinois to Clarkesville, Tennessee to live with my cousin and her husband. He was in the Army and was actually deployed at the time. He had told me stories in the past about things that he got to do, and it sounded hard and grueling, but you got blow sh!t up and that sounded pretty awesome. While I was in Clarksville I started going to a church with my cousin that many soldiers from Fort Campbell attended. I started getting to know some of them and listening to their stories. The Army sounded hard (really hard), but they also had some really amazing once-in-a-lifetime type experiences. I started building real relationships with them, and through those relationships, I stated to feel like I could see myself doing what they did--if they got through it, I was confident I could too. Up to that point I hadn’t put a ton of thought into my future, but I knew I wanted to do something new. I knew I wanted to get outside of my comfort zone. I wanted to challenge myself. But most of all I wanted to start building a future. So I enlisted in the Army. 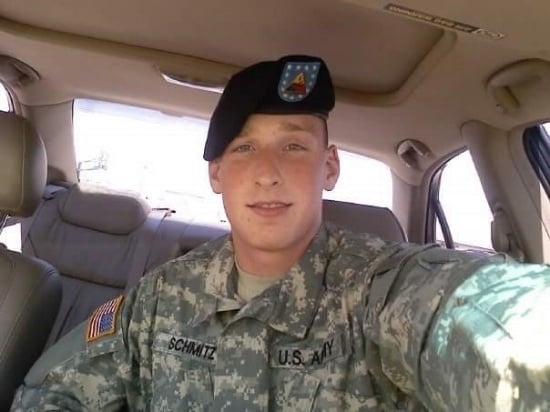 Selfie after enlishing (before we called them that)

My first year and a half in the Army was a constant stream of new experiences. After completing boot camp at Fort Leonard Wood, Missouri, I traveled to Fort Sill, Oklahoma for Advanced Individual Training (AIT) in Field Artillery. The true focus of my first six months was not just physical training, a huge part of it was figuring out how to get through “the suck.” We had to figure out to push through the sleep deprivation, the physical and mental exhaustion and the constant unknown. Sometimes we’d get woken up in the middle of the night, ordered to get outside regardless of the conditions and count off our weapons, do push-ups, or any number of things. We didn’t know how long we’d be out there, we just had to push through whatever it was. And sometimes we just got to go back to bed. It was a crap shoot. We also learned a lot. We did land navigation field exercises, combat maneuvers mounted on Humvees and on foot, range qualifications with everything from a 9mm pistol to an MK 19 Semi-automatic grenade launcher. It was demanding in every sense of the word. I just got through (with) adrenaline and determination. But there was always something new, it was always challenging, I was always learning, as much as it sucked sometimes, I loved it.

After Basic Training and AIT my permanent duty station was Fort Bliss, Texas. When I got there I checked-in with my new unit, The Third Brigade. There were a bunch of soldiers with families who just arrived to the Third Brigade. Many of those troops with families were voluntold they were assigned to the Fourth Brigade, which had just started transitioning soldiers into the Southeastern region of Iraq. The Officers were looking for volunteers to join the Fourth Unit so that the soldiers with families could get settled. I volunteered. After a two-weeks of pre-deployment training exercises, basically an extension of what I just learned in Boot Camp and AIT, I boarded a massive commercial jet with about 400 other soldiers at the base, and began the long journey to Iraq.

When we first arrived I remember thinking that the movies really do a good job portraying the setting of a tour to the Middle East. Every day is hot and sunny--even hotter than the hottest day in Phoenix in dead of summer--and it’s dusty. It’s constant battle against the heat, even at night.

My unit was spread across the south eastern part of Iraq from Nasiriyah to Amarah. My first couple of months in the country, I was at an Airbase near Nasiriyah and it was great. This was the really well established Airbase. It had all the modern amenities we had back home. It was going back in time hundreds of years. My company was part of the Quick Reaction Force, or QRF, team. We were responsible for patrolling the perimeter of the base for general security and reacting when the perimeter was breached.

On November eighth, my 19th birthday, the Army gave me my coolest gift to-date: a ride in a Blackhawk helicopter. We traveled from Nasiriyah to a remote Forward Operating Base in the Mayson Provence near Amarah. This particular Province was about 80 miles east Iranian border. As the helicopter hovered above the base, I knew it would be NOTHING like what I had ever experienced before. It was still hot, sunny, breezy and sandy, but I was definitely not on an Airbase anymore. Coming in at about one-fiftieth the size of the Airbase, this Forward Operating Base (FOB) was outlined and quartered by concrete T-Walls and from the sky all I could see was dirt and gravel roads, motor pools full of vehicles and about 50 tents in rows. For the next six months, we slept 14 guys to a tent on cots, we had limited food, water and amenities, went to a gym in a tent with no air-conditioning, shared five port-o-potties with about 200 other people, and to get to a shower, we walked a half mile through a muddy motor pool covered in ruts, tire tracks and potholes. On a nightly basis we’d have to run to a bunker when the base was under fire from artillery rounds from vehicles driving by. 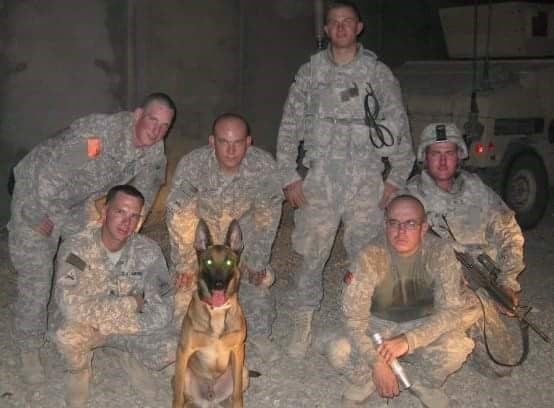 With the QRF team and our bomb sniffing dog

The mission with my new company was to provide security for public relations teams as they went into the various towns and villages throughout Mayson Province to assess current and prospective construction projects to build and rebuild critical infrastructure in the Provence. Daily missions could last anywhere from two to twelve hours. There were several dozen projects going on. I visited bridges, water filtration facilities, waste facilities, hospitals, public buildings, nurseries and schools both large and small. These projects were located all over the Mayson Province. Just down the road from our base, people were living in conditions I had never really seen, occupying clay huts with no electricity or running water. Some projects were 10 minutes away in larger populated cities with established infrastructure and others were four hours away in small rural villages. It was challenging work. We never knew what to expect. But between the missions, there was lots of time just hanging out with the other soldiers. We’d workout, sit around, smoke cigarettes and tell jokes, basically try to pass the time.

The day I left Iraq was a day that myself and the last eight troops from my unit had waited and waited for. All of our equipment and information had been transitioned over to the unit that was replacing us and the other 200 or so troops had already boarded their flights home. For over a week, we had nothing left to do. No missions, no extra details and nothing but time to kill. We went to the chow hall for breakfast, lunch and dinner, went to the gym and watched movies day in and day out while we waited for our day to leave. It was a refreshing change of pace from our normal routine, but a routine that quickly became frustrating as we were delayed three days in a row because of locals making threats and conducting attacks on incoming and outgoing flights. I remember my last night there we took indirect fire and we were running to the bunker making jokes about how “we were never going to get out of there!” We finally began the long trip back to the US I remember not believing it was over, and how much I couldn’t wait to see my family. I was stationed at Fort Bliss for another 12 months or so. Then I decided I was ready for another new chapter.

Our last night in Iraq in the bunker

I don’t really live in the past, but when I look back at my time in the Army, a few things come to mind. When I initially stepped outside of my comfort zone and enlisted, I didn’t realize how much of an impact the experience was going to have on my future. It’s been six years since I transitioned from active duty military into the civilian sector and beyond the physical and professional skills I picked up, the elements of my experience that have had the most profound and lasting impact on my life are the intangibles.

The Army gave me a new perspective on life and the hurdles we face. Many of the daily struggles that life presents don’t seem as big as they would have without my experience in the military. Additionally the level of accountability, trust and camaraderie that I experienced with the people in my unit has been unmatched by anything I’ve been a part of since. What experienced in the Army was different because the stakes were so much higher than they are for most of civilian life. But the imprint it left on my character acts as a framework and a model that I can still apply forever. When I think about the other Veterans I know, we all still lean on the values ingrained in our character; discipline, self-reliance, accountability, trust, instinct and integrity. To this day these values help me make decisions and guide my behavior and the behavior of so many other Veterans.

These shared values are part of what bonds us as Veterans. There is also a bond that is forged both on and off mission that develops from living in similar conditions and facing similar adversity. Experiencing that bond under those circumstances has helped me to build and maintain strong, trusting relationships because I know what they look like. I still keep in touch with a lot of my Army buddies. We keep up with each other’s lives and visit each other when we can.

There are countless of ways to honor and support Veterans and the various needs of the Veteran community throughout the year. But, on Veteran’s Day, I think the best way to honor Veterans is to connect with one. Whether a family member, a friend or just someone you know, spark up a conversation with them. Ask them why they stepped out of their comfort zone and joined the military. You may be surprised at what you hear.

So to my fellow Vets, and the community at large, Happy Veteran’s Day.

Written by
Eric Schmitz
Eric is a technical recruiter in the greater Chicago area who's passionate about helping others. Will join him and other veterans in the Populus Group network? 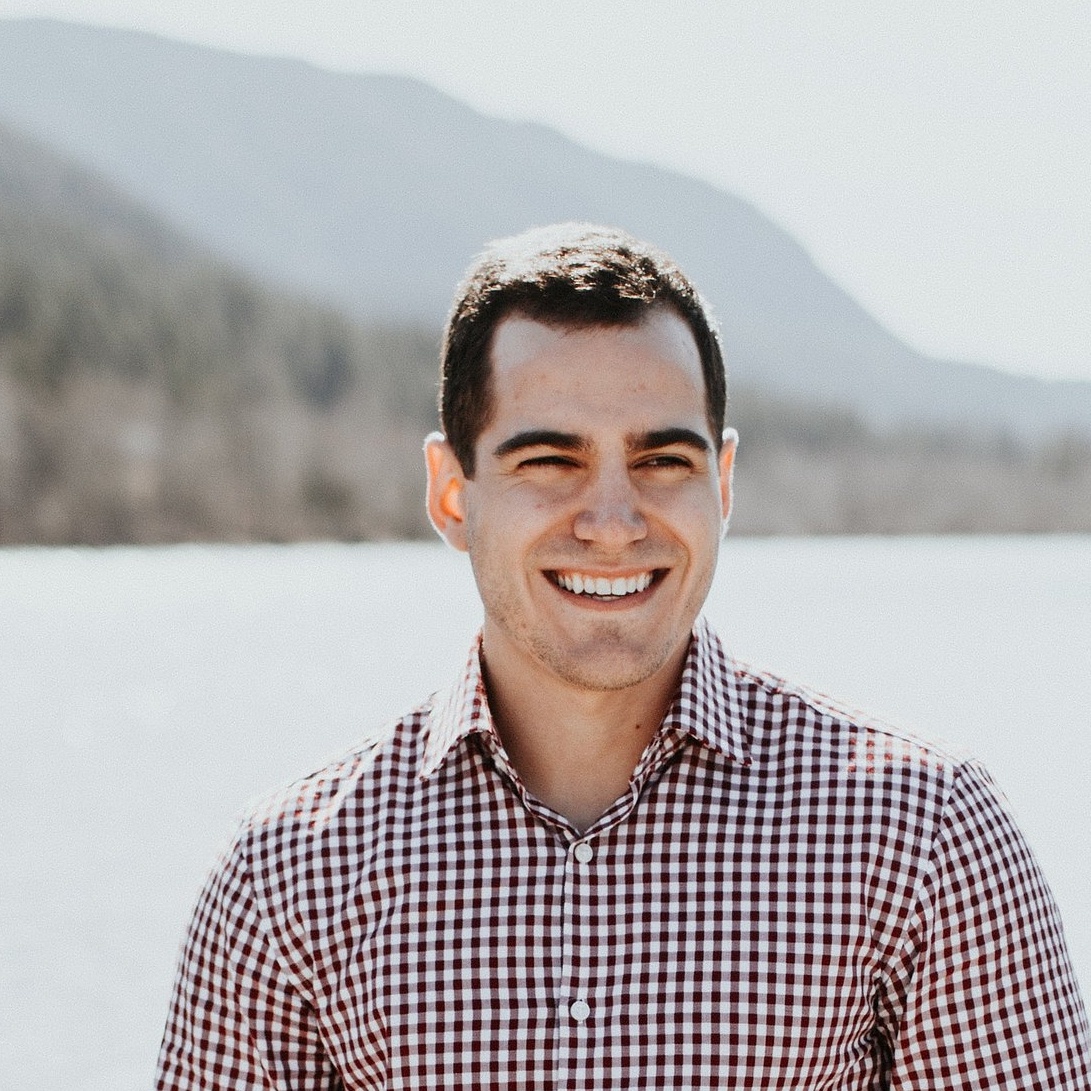