Learn about how California's AB 5 legislation impacts independent contractors, businesses and workforce policies across the country. If you're concerned about your potential exposures, avoid the enormous fines. Gauge your compliance with this simple 10-Question Risk Assessment Quiz:

AB 5 Summary: Current State
Roles Affected by AB 5 Exemptions
Does AB 5 Impact States Other Than California?
ABC Test Review
Download a State by State IC Guide
Understanding Your Potential Risk
“Willful Misclassification” of ICs
Prepare Your Program
What Should You Do?

AB 5 took effect January 1, 2020. This legislation means IC relationships will be more heavily scrutinized by statute under the California Labor and Unemployment Insurance Codes. However, the risk of liability for misclassification effectively is largely the same as it has been. This is because AB 5 is makes the ABC Test for IC classification a part of the California Labor and Unemployment Insurance Codes, but that test has been in existence since April 30, 2018, when the California Supreme Court published its Dynamex decision. Since then, there has already been a heightened awareness and risk of a worker bringing a lawsuit or filing for unemployment benefits, for example, each of which may serve as potential red flags or triggers for tax-related audits by state agencies, such as the EDD and DLSE, and federal agencies, such as the DOL and IRS.

To further complicate matters, some state and federal courts interpreting the Dynamex decision have opined that its ABC Test should apply retroactively, which would mean that a claim for IC misclassification could be analyzed under the ABC test even if it was prior to 2018. This issue of "retroactivity" remains undecided by California courts but it is nonetheless an issue which adds further risk to the IC misclassification legal landscape in California, separate and apart from AB 5.

Most California industries have not made it to AB 5's exception list and are cautioned to be analyzed, unless their independent contractor population has clearly met one of the carve-outs for their potential 6, 10, or 12-point specific criteria. Even those who have made it to the "exception" list (i.e. licensed insurance agents or professionals such as lawyers and dentists) are not truly free from being classified as an employee. Rather, the legislation provides only a modicum of leniency and potential relief for hirers of workers in those industries by substituting the ABC Test with the multi-factor *"Borello" Test for worker classification.

*The Borello Test is a multistep analysis that favors workers classification as employees, more on that here; whereas the ABC test provides a set of standards under the presumption that workers are employees.

So the challenge is even if workers are in the exemption list, they still may not pass as an Independent Contractor. 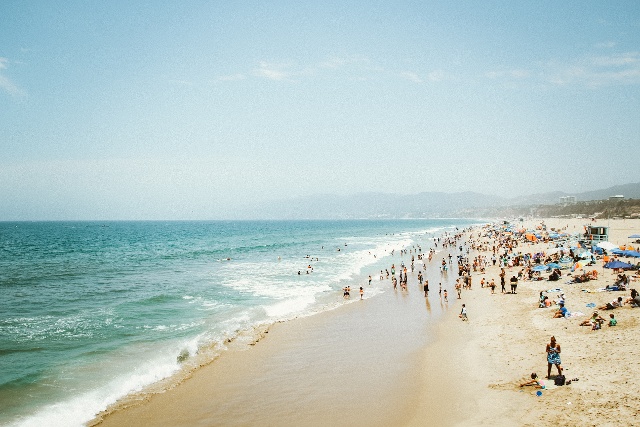 Does AB 5 Impact States Other Than California?

Currently, some variation of the three-factor ABC Test (refresher here!) is used by more than 50% of the states to assess the status of a workers as an independent contractor or employee.

The ABC test uses three factors that are in some ways similar to portions of the multi-factor “common law” tests historically used by state and federal agencies and courts (review AB 5 here). For the purposes of this overview, the term “common law” broadly refers to the various multi-factor tests based on state and federal court decisions that establish terms like “economic realities” and the “right to control” tests under federal and many states’ laws and the “Borello Factors” test under California law.

ABC Test presumes a worker is an employee unless each of the following three criteria are met:

A. The worker operates autonomously and independently, outside the control of the hiring company, both in contract, and, in fact; and

B. The prospective services to be rendered by the worker are outside the usual course of the hiring company’s core business (NOTE: some states, including, for example, New Jersey, apply a less strict version of the ABC Test—the “ABC Test Light”—under which this Factor B may be satisfied by demonstrating that the work is performed outside of all the hiring company’s premises/facilities); and

C. The worker is customarily engaged in an independently established trade, occupation or business (i.e., as an established provider of services to other clients or customers) of the same nature of the hiring company’s core business.

When it comes to how the ABC test applies nationally, there are at least three critical caveats:

Even in a state that uses the ABC Test, in many instances, the analysis remains far from clear, especially concerning factor-B of the test which is commonly referred to as the “killer B.” For this myriad of reasons, it remains imperative that businesses stay updated on the ever-changing law by relying on experienced labor and employment counsel. That said, as listed below, the majority of states have adopted some variation of the ABC Test, in part, because of its perceived simplicity and ease of application and understanding.

Enter your email to download the guide! This lists the main independent contractor classification tests used on a state-by-state basis.

California uses messaging like, “payroll tax fraud is a crime,” and “help us fight fraud,” to encourage workers to report independent contractor misclassification.

While all states levy payroll tax-related penalties for independent contractor misclassification and other violations, the rates and amounts are difficult to calculate and decipher in many states. California is an exception as its penalty rate assessed by the Employment Development Department (EDD) is clearly set at 142.3% of total compensation paid to each worker. For more details about California’s penalty calculations, amounts and rates, please refer to this EDD publication. https://www.edd.ca.gov/pdf_pub_ctr/de2370.pdf. Notably, the EDD states that after all is said and done, a hiring party will spend “20 times more in state payroll taxes, penalty and interest” for a misclassified worker than an employer who properly classifies that same worker as an employee and complies with applicable law.

California’s Labor Commissioner is vested with the authority to enforce independent contractor misclassification by assessing penalties ranging for $5,000 to $25,000, per violation, depending on the degree of willfulness of such classification decisions. In practice, this means that the more that a hiring party’s misclassification decision is found to be blatant, intentional or widespread, the larger the penalty and vice versa.

Is Your Program Ready for Scrutiny?

Exposures can mean major damages to a company's financial health, brand, and sustainability of business- critical projects. Implementing a more compliant program that meticulously explores each of your actual or prospective independent contractor engagements against the ABC or multi-factor test can significantly reduce these risks. Many companies are already working with Populus Group to boost their compliance by evaluating their incumbent independent contractor population, then re-structuring IC engagements when best needed. For those who have yet to implement a compliance program for their independent contractors, we're seeing increased requests for a full discovery and implementation since the AB 5 became the law in California on January 1st. Please don’t be a passive observer waiting on the sidelines to react. Address IC compliance prospectively and preventatively before something bad happens.

What Should You Do?

IC Compliance can have a major impact on your business. If you're unsure on where to start, take our quick and easy IC Risk Assessment Quiz. We'll send you an IC Compliance Report Card gauging your potential exposures within two business days.

Just interested in learning more? Let us know and we'll send you some info!

Written by
Rosemarie Fontela & Denis Kenny
The post was written in partnership with our Director of IC Complaince, Rosemarie Fontela and our go-to employment litigation attorney, Denis Kenny. Denis is a founding partner in the San Francisco law firm of Scherer Smith & Kenny LLP where he chairs the firm’s employment/civil litigation team. Denis has been serving as a legal guide for Populus Group’s Independent Contractor Compliance program for the past nearly 10 years. Outside of work, Denis enjoys spending time with his wife and two kids and is an avid outdoorsman with passions for running, skiing, and backpacking. Feel free to contact Denis at (415) 433-1099, denis@sfcounsel.com, for more information on upcoming laws that may affect your workforce, scheduling a mandatory harassment training, or assessing and updating your workplace policies to ensure compliance with controlling law.