How to tackle that hairy problem 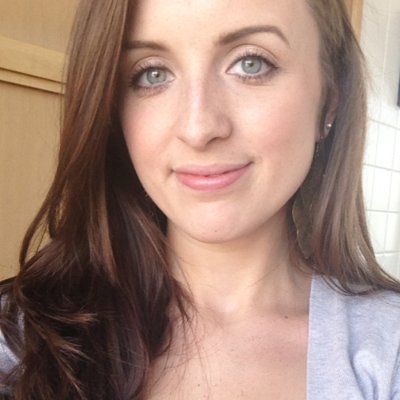 Getting a dog sucked. I don’t mean to say that I was forced to get a dog – or that I don’t love her now – but man, I really hated her when we first adopted her.

My boyfriend and I adopted Sadie in October 2014. She was a 2 year old lab mix who was shaggy, adorable, and most important of all, house-trained. We were lucky that she didn’t get into the trash or destroy our furniture, but we learned quickly that she was pretty bad on walks.

Sadie’s previous owners had kept her in the backyard or in the house and never really walked her. So even though she was only 50 pounds, she would pull me up and down the street. Worst yet, she would bark and growl at anyone who came over to say hi. It was exhausting and caused a lot of fights with my boyfriend as we bickered about ways to fix our problem.

Things came to a head when we bought a choke collar. Not really knowing how to use it, I overcorrected her on a walk and was met with a painful “YELP!” I stopped the walk and with plenty of passersby watching, stood still and cried. Questions were racing through my head. Why won’t this dog listen to me? Why am I so bad at this? Is it always going to be this way?

Finding a solution starts with you, not the problem

There are some problems, like walking an untrained dog, which can seem impossible to solve. Through some trial and error, I learned that it’s not that the problem’s impossible to solve – it’s that I wasn’t approaching it the right way.

So here’s how I recommend facing your next impossible task:

The more I questioned myself on my dog walks, the more I realized my tears had nothing to do with the dog. I was taken over by the fear that my inability to handle a dog meant I was weak and stupid. Once I took a deep breath and forbid these thoughts from entering my mind, I was able to focus on the task at hand.

3) Seek out tools and feedback that make your problem easier to solve.

Like any new dog owner, I sought advice from experts (both online and in person). With some counseling I found a collar that was more humane and gave me better control of Sadie’s head. The new collar dramatically improved our communication. With a slight tug, I could quickly redirect her attention from a rogue squirrel or an overeager stranger.

I think that the best way to solve an impossible problem is with low-risk trial and error. With some experimentation, I learned to see Sadie’s triggers and correct her at the exact moment to avoid the negative behavior. I also learned that she responds better to positive reinforcement than negative. I make sure to slip her a treat or scratch on the head when she’s listening to my direction.

It’s important to reward yourself, too. Whenever I reach a milestone, like walking a block without Sadie pulling, I make sure to congratulate myself with a treat at home. By marking my milestones, I avoid falling back into the insecurities that plagued me in the first place.

After such a difficult start to our relationship, I couldn't be more in love with my dog. We’re still a work in progress but our walks have gotten a lot better. What problem can you solve by changing your perspective?

Next on the list for us? Off-leash walks through Seattle’s gorgeous dog parks.

Do big, scary problems still intimidate you? They intimidate me sometimes too. This post by Josh Schreck can help by asking you, “What’s the best that could happen?”

Written by
Kathryn Crimmins
Kathryn is a content strategist originally from Boston. She's passionate about writing, content strategy, user experience, and donuts. She currently lives in Seattle with her boyfriend and lab mix, Sadie.