Can I Keep You at Your Word?

I was on a business trip when my sister called me on Tuesday, March 31st, 1998. “You may want to come home and see him.” she said. My dad had been rushed to the hospital. He was in a fierce battle with tuberculosis, and was fighting hard to stay alive. My sister and I talked about the reality that he may not make it. I wanted to see him one last time if that happened.

Ironically, I had a trip scheduled to go see him the following weekend. I was about to start changing my plans and for some reason I decided to call my dad first and share my intent to come sooner. He was a very traditional man who didn’t show emotion very often…or easily.  As expected he pushed back and re-assured me, in Spanish, “I’m not going to die this weekend.” I argued and shared that I was going to be traveling to a wedding in Colorado anyway and it wasn't a big deal to re-route to New Mexico. I was adamant that my friend would understand.

His next question changed my life forever; “Did you give your friend your word that you’d go to his wedding?”. I responded “Si Papa.”, he then told me I had to honor it. I had given my word. He went as far as to tell me that if I changed my plans he wouldn’t allow me to set foot in his hospital room. Think of the most stubborn person you know, double it and you have my dad. I knew he meant it.

I flew to Colorado Springs on Thursday morning, April 2nd for the wedding. That evening I met the girl I would marry 3 years later.

Leaders, can you really put a price on the value of keeping your word?

It matters. A lot. The people you lead are watching every time you do keep it and they remember every time you don’t. Like Stephen MR Covey says; “The equation to build trust is simple; Say-Do-Repeat”.

And most important, amazing things happen when you do. Here are three. 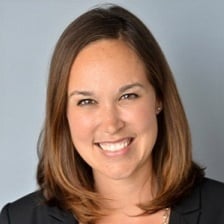